Year 3 News of the Week

Salve! Last Friday, Year 3 enjoyed a whole day devoted to our history topic, the Romans. We were fortunate enough to be visited by Felix Quintis, a Roman centurion. Using role plays, he guided us through a whistle stop tour of Roman history from the foundation of Rome to the Roman Republic where Rome was governed by the Senate to the emergence of the grand Roman Empire. We found out about Julius Caesar, the Emperor Augustus and his successors Tiberius, Caligula and Claudius as well as the freedom fighter, Boudicca.

Throughout the day, we had a variety of activities. We played the Roman board game, Delta, which involved counting and adding in Roman numerals.

Carefully, we examined different artefacts from a Roman bath house include a strigil (a curved tool for scraping off excess oil) and a toilet sponge which the children will certainly remember! We also looked the kit Roman soldiers had to carry with them including their weapons and their cooking utensils.

In the afternoon, we became a Roman legion and had to march in formation with complete obedience following Latin commands. We created Roman army formations such as the orb, the wedge and the famous tortoise.

Finally, we completed our day with a trip to the colosseum where we acted out being Roman gladiators in non-contact sword fights. The loser’s fate was at the mercy of the Emperor (Mrs Taylor).  Each ‘death’ was more dramatic than the last with some even being fed to the lions! 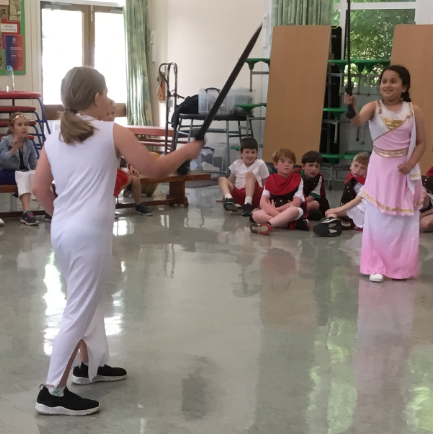 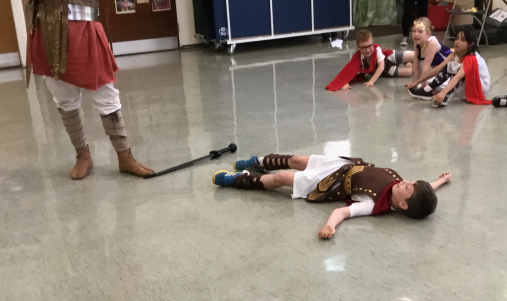 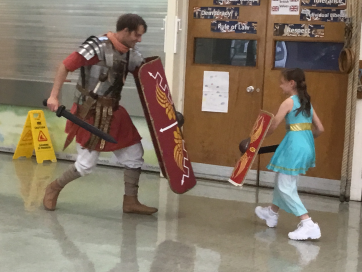 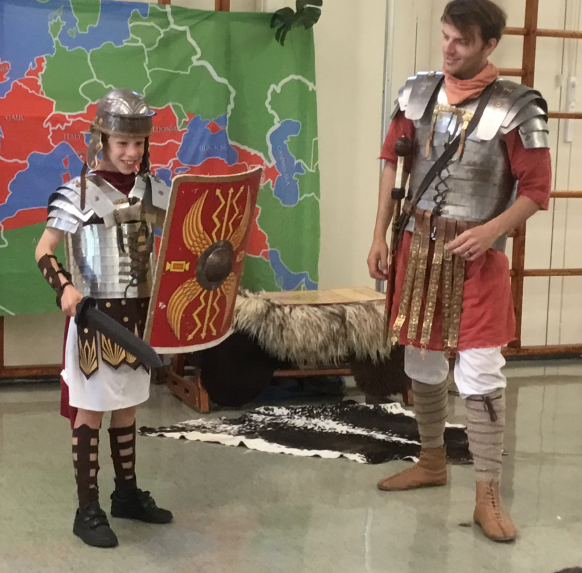 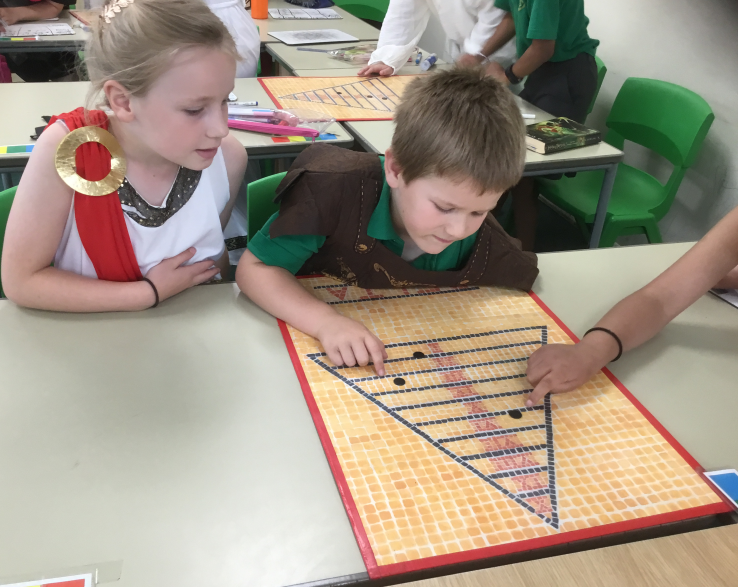 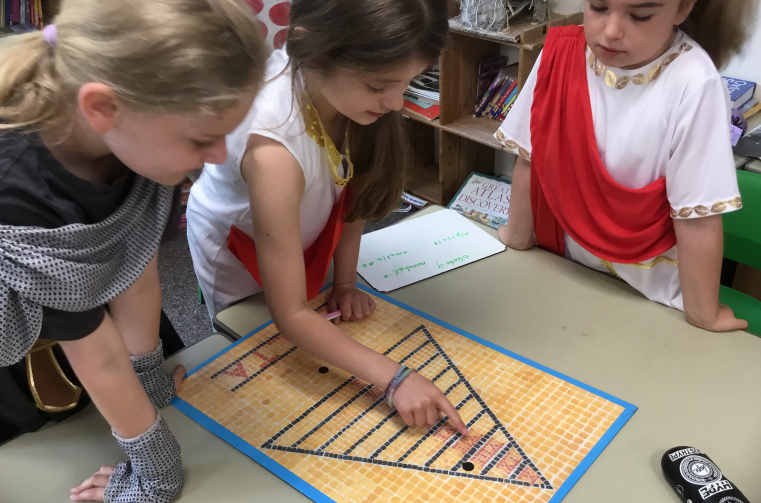 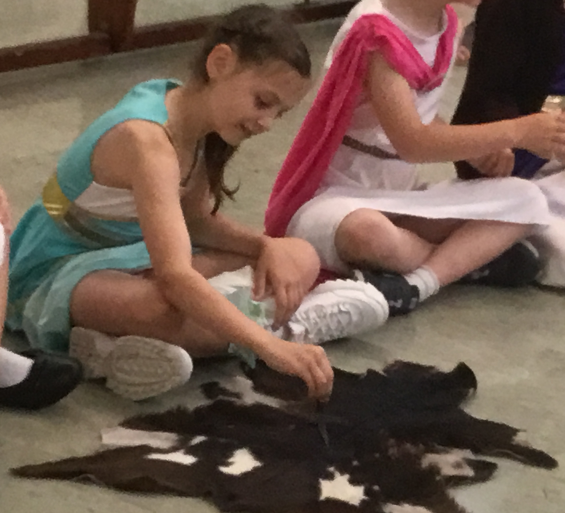 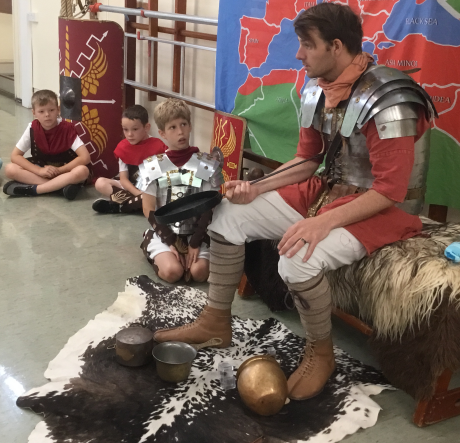 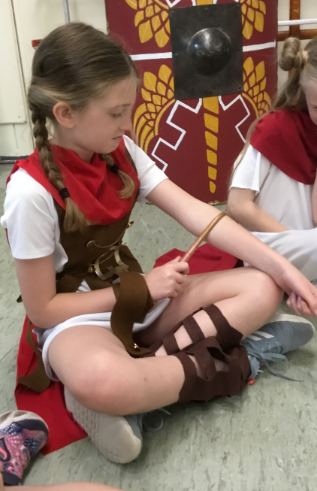 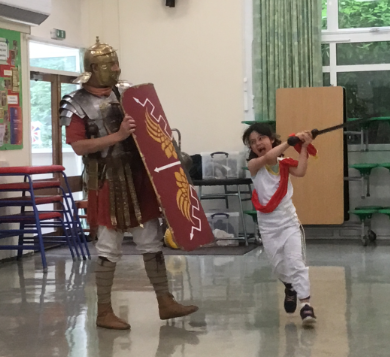 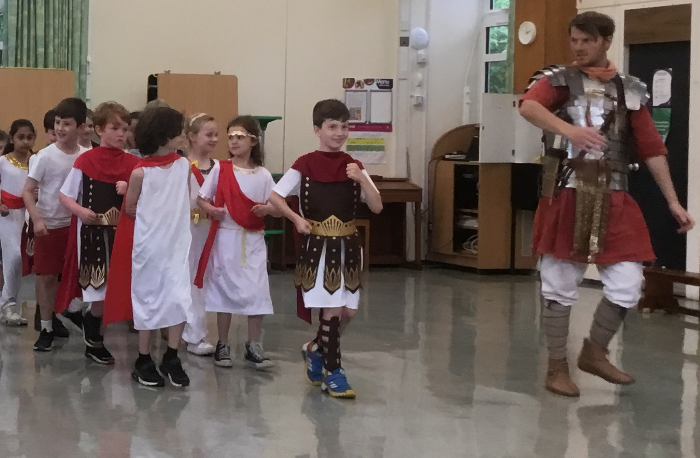